Michael Andree holds a Bachelor of Music in Music Education, with a concentration in strings from the James Madison University School of Music. He is a violinist, violist, strings and music educator, and co-founder and member of the Melodious Strings Quartet and Professional Ensembles. Michael has performed with the Melodious Strings Quartet at a variety of venues all over Virginia, including the Patrick Henry Ballroom, Montpelier, Montalto, and the Virginia Museum of History and Culture, and he has also performed with the Fairfax Symphony Orchestra.

Melissa McCreary was captivated by the oboe at an early age. Many years and even more reeds later, she graduated summa cum laude from West Virginia University with a bachelor’s in Music Education, specializing in oboe. Since her graduation in 1992, she has picked up viola and alto sax. She taught orchestra for nine years in Maryland while playing viola with the Susquehanna Symphony. Since coming to Fredericksburg, she has played with numerous ensembles, including the UMW Philharmonic, several community bands and the St. George’s Chamber Orchestra/Ensemble. From 2012 to 2022 she taught orchestral strings and woodwinds at Catfish Music in Stafford. She currently performs with the UMW Philharmonic and at St. George’s Episcopal Church in Fredericksburg. 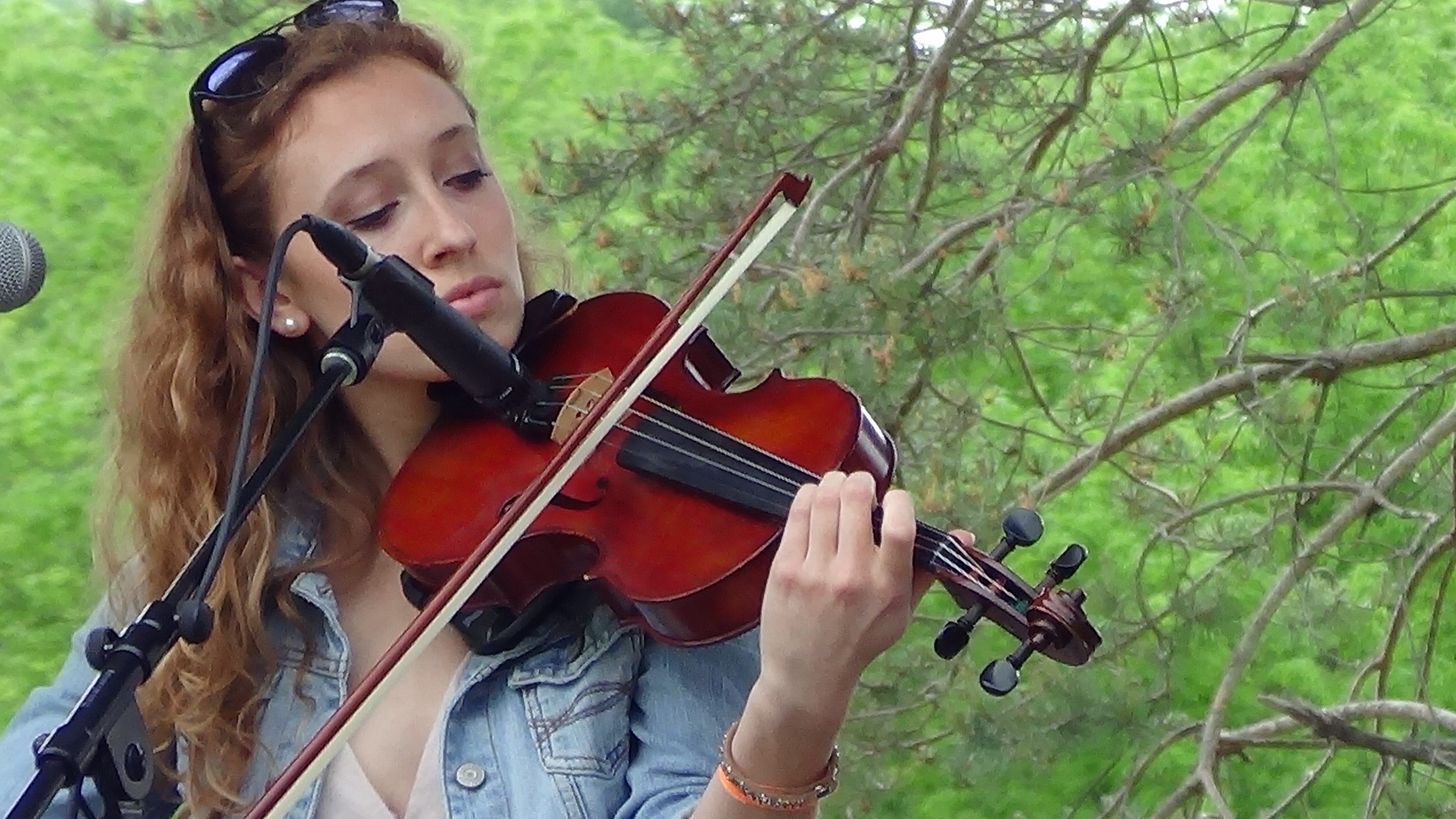 Carly has been playing violin for 13 years. She studied under Dr. Wanchi Huang at James Madison University where she received her Bachelor of Music Degree with concentration in Music Education in 2016. In her 4years at JMU, Carly has played in JMU’s Symphony Orchestra, Chamber Orchestra and a jazz combo. She has also recorded and performed with musicians in New Jersey. Carly continues to play in a band with her father when she is back in her New Jersey hometown, as well as the Saint George’s Chamber Orchestra in Fredericksburg. Her overall musical experiences cover the genres of classical, jazz, bluegrass, fiddle and rock. Carly currently teaches in Stafford County.